“As if I had hit a brick wall”: part of the Cabot trail was washed away by man as he crossed it

The mural meets the objectives of PLAN: Mattapan identified by the community.

Mayor Kim Janey and the Boston Planning & Development Agency (BPDA) unveiled a mural created by local artist Jeremy “Sobek” Harrison at the Carter Post at 1531 Blue Hill Avenue in Mattapan. The mural was funded by a $ 15,000 grant from the BPDA, as part of a $ 75,000 investment in public art in Mattapan, and was produced in collaboration with the Bureau of Arts and Culture. mayor’s culture.

This mural celebrates the 100th birthday of William E. Carter Post 16. The Carter Post is the first African-American charter post in Massachusetts, created by members of the famous 372nd Infantry who served in France with the Hand Brigade Red.

“The Carter Post is a vital part of the history of our city and the history of Mattapan,” said Mayor Kim Janey. “Throughout BPDA’s PLAN: Mattapan process, we frequently heard about the importance of increasing public art in the neighborhood. I am so happy that we can properly honor The Carter Post’s anniversary, as well as the Mattapan community, with this local and original piece of art. 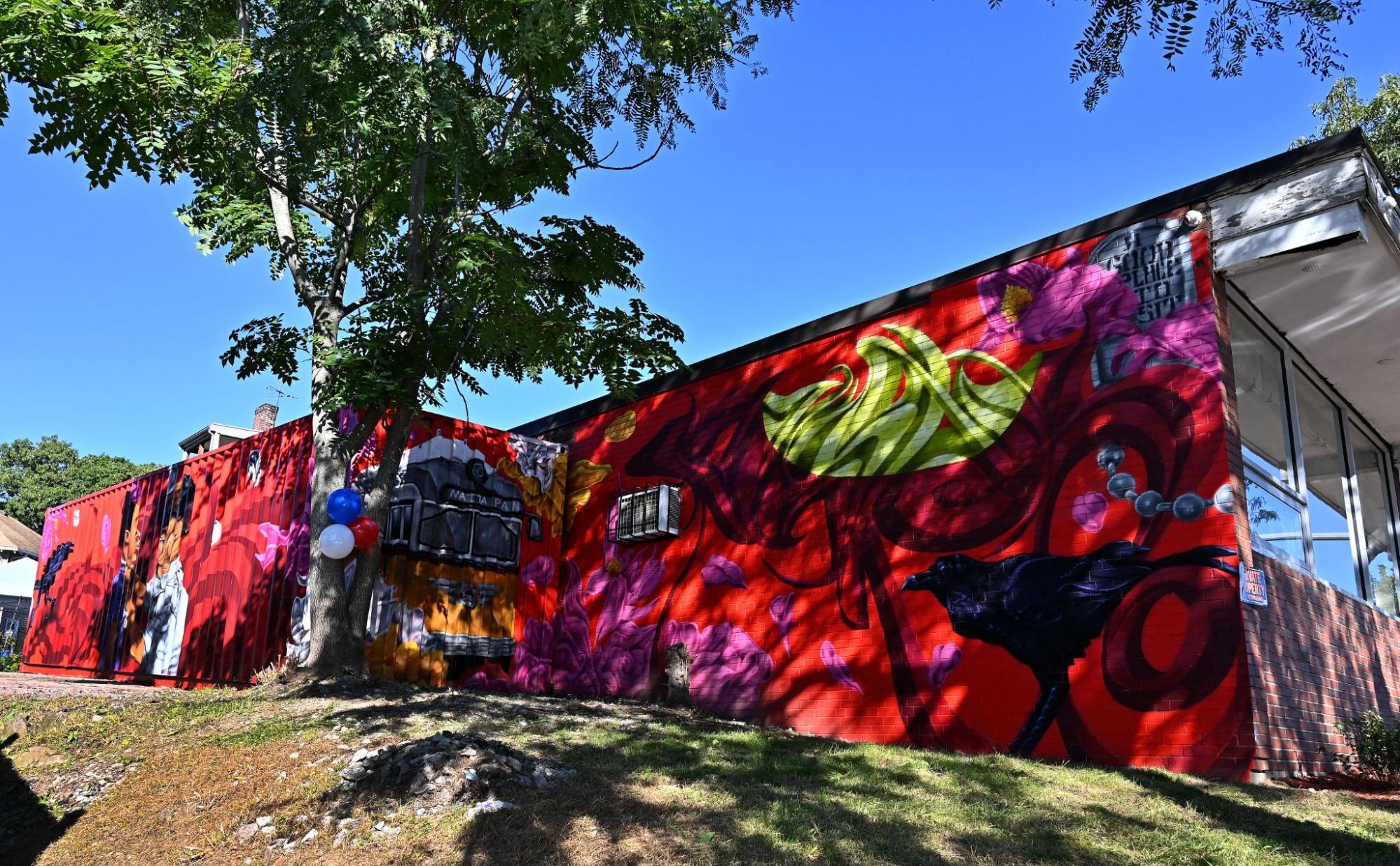 “It has been a pleasure working with BPDA, the community group and Sobek on this creation of peace, family and community,” said Mary-dith Tuitt, American Legion Station 16 Commander Wm. E. Carter. “Members of The Carter Post 16 were able to witness the birth of his vision of the Star and Stripe Brick Wall. And they both portray a passion for public service and respect for the military. “

Sobek is a graffiti artist who has created since his childhood in Mattapan, a neighborhood which he says has uplifted him in many ways.

“I wanted to portray a sense of nature and love of community in portraying the Mattahunt tribe, as well as paying homage to those who gave their lives, as well as those who still fight for a better world.” , Sobek said. ” The process. has been a blessing thanks to the support of the community. Thanks to the young people who took the photos and the seasoned veterans who provided me with more knowledge.

The Mayor’s Office of Arts and Culture has also commissioned Sobek for a long-term indoor public artwork at the Roxbury branch. It is funded by the city’s Percent for Art program, and the artist is currently in the design phase of the project.

The wall unveiling follows a mural unveiled in May created by local teens at the Mattapan Teen Center. Both projects are part of the PLAN: Mattapan Public Art Project, which builds on the Agency’s PLAN: Mattapan study and implements the short-term implementation elements of the plan identified by the community to support the temporary public art creation in Mattapan. Launched in 2018, PLAN: Mattapan’s goal is to work with the community to create a holistic vision to shape inclusive growth and investments throughout the neighborhood. As part of this project, two additional locations for the murals in Mattapan are being explored by the BPDA. Mattapan owners interested in hosting a mural should contact BPDA’s Community Engagement Manager, Kenya Beaman.

The BPDA is also planning an additional budget of $ 75,000 for public art as part of its PLAN: Newmarket study. Along with the Mayor’s Office of Arts and Culture, the agency explores unique opportunities for public art that are expressive of Newmarket.

College football at Wrigley Field: how the Friendly Confines turned into a grill